Happy Valentine's Day! Here's a romantic but thematically useful post for the day.

As many of you know by now, the first assignment I lay out in my Screenwriting Tricks workbooks, and the first exercise I have any class or workshop I teach do right up front, is a Top Ten List of favorite movies.

Because, yes, I teach story structure, but what works for me structurally is not necessarily going to do it for you. My primary goal is to teach you how to do this for yourself.

If you take the time to list, study and analyze the books and films that have had the greatest impact on you personally, or that are structurally similar to the story you’re writing, or both, that’s when you really start to master your craft. Making the lists and analyzing those stories will help you brainstorm your own, unique versions of scenes and meta-structures that work in the stories on your master list; it will help you figure out how your particular story will work. And doing this analysis will embed story structure in your head so that constructing a story becomes a fun and natural process for you.

Making a genre list is particularly useful for brainstorming and analyzing the elements of a genre or sub genre that your reader or audience will be expecting in any book or film of that genre.

So in honor of the day, I'm going to do a favorite love story list. 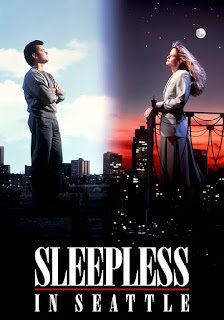 (That’s a list of more than ten, just to demonstrate that the list is whatever you want it to be!)

So what can I learn about my own love story themes by looking at that list?

Four Weddings and a Funeral, Philadelphia Story, Sleepless in Seattle, and Lost in Translation are probably my favorites of that list.

Four Weddings appeals to me on a very personal level because writer Richard Curtis, as is his wont, is not just exploring love relationships between two people, or several sets of two people, but also the group love dynamic of a posse of friends. In fact, in that movie, the group dynamic is one of the factors keeping the hero, Charlie (Hugh Grant) from settling down to marry — and has kept every single one of the others single, except for the one truly married couple in the group, the gay couple who couldn't at the time legally marry. (Wonderful, scathing truth there, every bit as important today).

That group dynamic has always resonated deeply with me, and I imagine it struck a chord for a lot of people. Also, in terms of high concept, the film is great because most of us have experienced that totally exhausting year that every single person you know gets married and your entire social calendar revolves around weddings. I certainly could relate to Hugh Grant groaning and burying his head under a pillow as yet another embossed linen envelope arrived in the mail.

But the real beauty of Four Weddings is the underlying theme that there is something magical about a wedding that opens the door to love, not just for the couple involved, but potentially for everyone who attends. The structure of the film is a round-robin, where at each wedding at least two people find the loves of their lives, and we see one of those weddings next, or the preparation for a wedding, or at least the deepening of the relationship with a promise of marriage. This is something I think most of us would like to believe about weddings: that there is an encompassing magic there, a kairos, that invites something life-changing. That story truly delivered on that theme.

When Harry Met Sally is an enduring romantic comedy not just because of the great chemistry between Billy Crystal and Meg Ryan and the charming documentary clips of elderly couples talking about how they met and fell in love, but because it explores a strong theme: Can a man and woman ever really be friends? And we experience the great treat of watching Billy and Meg first becoming friends and then falling in love.

Next Stop Wonderland and Sleepless in Seattle are examples of the theme of the soul mate — that there is someone out there who is destined for you, and that the Universe will guide you to that person. Next Stop Wonderland shows two people whose paths cross over and over again, with all kinds of attendant signs that these two people are supposed to be together — but they don’t meet until the last few seconds of the movie. Sleepless in Seattle explores the same kind of fatedness, and similarly keeps the hero and heroine apart until the end of the movie. I admit, this kind of thing just turns me inside out: that there is one person who is all that, and that all of life is conspiring to help you find that person.

Lost in Translation is a bittersweet variation on the soul mate theme: Bill Murray and Scarlett Johansson are two married people (married to other people!) in spiritual crisis who meet each other in a posh hotel in Japan. They are drawn to each other despite their marriages and the big age difference between them, and we feel a simultaneous HOPE and FEAR that they will get together. We want it at the same time we sense it’s wrong. But the story is really about — to me — the concept that we may have lived multiple past lives, with multiple lovers, and sometimes in the midst of a crisis, one of those soul mates will show up to guide you through the dark woods … but not necessarily stay with you. In the Final Battle (the film’s climax), Bill does not sleep with Scarlett, and they part ways, but their lives have been transformed by each other nonetheless.

Notting Hill is an interesting story because there’s no one person who’s the antagonist (even though Alec Baldwin does a charming turn as the rival, the movie star boyfriend). The real obstacle to Hugh Grant’s and Julia Roberts’ relationship is her fame, and each sequence explores a different aspect of that celebrity and how it keeps the couple apart.

Philadelphia Story has a very sophisticated underlying premise: Cary Grant knows that Katharine Hepburn will never be able to love him fully until she steps off her pedestal and has a roll in the mud. It’s only after she abandons herself and sleeps with Jimmy Stewart (oh, come on, you know they did!), that she is fully human to love Cary.

Every time I teach a story structure class it’s always fascinating for me to hear people’s lists, one after another, because it gives me such an insight into the particular uniqueness of the stories each of those writers is working toward telling. The list tells you who you are as a writer. What you are really listing are your secret thematic preferences. You can learn volumes from these lists if you are willing to go deep.

I really urge you to create your list, and break those stories down to see why they have such an impact on you — because that's the kind of impact that you want to have on your readers.  Why not learn fron your favorite storytellers how to do it?

So of course, what I want today is love stories! What are yours? What romantic themes particularly resonate with you?

This workbook updates all the text in the first Screenwriting Tricks for Authors ebook with all the many tricks I’ve learned over my last few years of writing and teaching—and doubles the material of the first book, as well as adding six more full story breakdowns.

Posted by Alexandra Sokoloff at 12:51 AM

I’ll add Notting Hill to that list. I don’t know what it is about that movie...maybe the ending. I’ve lost count of how many times I’ve seen this film.

This is such interesting food for thought as far as thematic preferences, because Lost in Translation, Notorious, and Casablanca are in my top 10 movies of all time...not just romance ones. Two that I would add specific to romance for me are Sliding Doors and Moulin Rouge, so overall, the romance movies I love most don't have fairy tale endings. I've always loved the grey in situations, rather than black and white, because life is messy--probably why Lost in Translation has stayed with me for a long time. Next Stop Wonderland had a magical quality (not unlike Sliding Doors) that I adored and I also felt some of that with Eternal Sunshine of the Spotless Mind. Hubby said his top romance movies are: Serendipity, When Harry Met Sally, Pulp Fiction, and The Princess Bride...which all have interesting synchronicity/timing components. You could do a psychology of romance masterclass. Thanks for this list--I need to go re-watch all these movies!

Hey Jonetta! How nice to see you! I adore Notting Hill - I've broken it down in depth in my Writing Love workbook and in numerous classes. I think the fact that the antagonist is Julia Roberts' fame really sets it apart from just about every movie - so brilliantly realized!

Kristi, I could talk about the thematic psychology of romance stories for a whole semester. And more!

The Princess Bride is one I've taught for film class - I really should get that one down on paper!

And Notorious, well, that one's definitely inspired some of my own stories!

Thanks, Alexandra! I’m doing well and really hope you are, too. Thanks for giving me that perspective.

And that is where movies are a sweet reminder of what we are and what we have. Let us take "Forrest Gump" for instance that portrays the innocence of a guy, with the spirit to make something out of himself despite all the shortcomings.