Anyone up for some female vigilante justice?

All five books of my Thriller Award-nominated Huntress Moon series are on sale, just $1.99 each on Amazon US. The series turns tropes of violence against women inside out: my haunted FBI agent is on the hunt for a female serial killer. Who kills men. All over the country. For years.

So if you're in the mood to see the predators LOSE, here’s your chance to get a great deal. 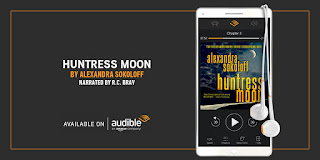 Audiobook junkies might want to take the sale opportunity to pick up the ebook - then add the narration for as low as $1.99.

Bob is also the multi-award-winning narrator of the blockbuster audiobook of The Martian, and you can hear his stellar narration in all five Huntress books. 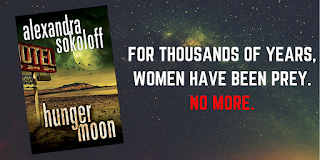 I wrote the Huntress Moon series because I am sick to death of women and children being raped, tortured, mutilated, and murdered for entertainment in novels, movies, TV shows...

The Huntress series turns the tables. The books follow a haunted FBI agent on the hunt for a female serial killer who kills men. A lot of them.

The fact is, one reason novels and film and TV so often depict women as victims is that it’s the stark reality. Since the beginning of time, women haven’t been the predators — we’re the prey. But after all those millennia of women being victims of the most heinous crimes out there wouldn’t you think that someone would finally say: “Enough”? And maybe even strike back?

Well, that’s a story, isn’t it? And it’s a story that needs to be told now, more than ever, given this political nightmare we’re living. The premise is a way to explore the third rail of crime: the inherent, entrenched, misogyny of the system.

And this series is a way for me to explore SOLUTIONS. I am not writing fantasies about clever serial killers. I’m writing from real-life psychology and pathology, using real-life examples and profiling, to counter some of the absolutely ridiculous and false portrayals of this pathology that we see in film and television and books.

Serial killers are NOT criminal masterminds. They do NOT have artistic or poetic bents. They are serial rapists who have graduated to murder. It’s a facet of the male pattern violence that we are seeing revealed in the #MeToo stories and lists from millions of women and teenagers in the past few weeks. Mass shooters – that’s also male pattern violence, with domestic abuse being a key indicator of the type of man who commits this particular atrocity.

You read the #MeToo stories - much less LIVE them! - and the totality of it seems overwhelming. The fact that we have a serial sexual predator and blatant misogynist (and racist, white supremacist, xenophobe, looter, plutocrat…) in the most powerful office in the world, determining national and international policy, appointing judges, reversing laws that protect women and children – all that is part of the totality and even more overwhelming.

However, there ARE solutions. There are practical and actually very obvious ways to CHANGE this horrific culture of rape and predation. I've spent years now, researching and interviewing experts about real psychology, real systemic failures, and real solutions. I've written ALL of that into the Huntress series, enacted by characters who reader really care about.

To underscore this point, in the Huntress series, my FBI investigators are mostly men, gay and straight, different races - with one key woman on the team and lots of female leads from various social and legal and religious services. I wanted to depict the kind of men I know, that I have always known, that I personally have always been easily able to identify and not randomly lump in with criminals. I wanted to depict THEIR struggle with the overwhelming force of entrenched rape culture, and their difficult fight to work within the system to change it. I wanted the situation of their hunt for this unusual, very female killer to force them to grapple with extremely real life, practical, workable solutions to changing the system.

I cover different facets of different legal and societal systems in each of the books. And in the new one, Hunger Moon, which comes out next week, I have Special Agent Roarke and his team working toward a very explicit, law-enforcement based, multi-pronged approach to identifying and convicting serial sexual predators.

If we ALL, male and female, binary and non-binary, LGBTQ, people of every race and variation thereof, could come to understand that we need to deal with this segment of repeat offenders, we COULD change this. We could.

It is NOT overwhelming, when we take a breath and break it down. And commit to doing better for everyone. Women, men - and especially, especially children.

Don’t give up. There is a way forward. Si se puede. We can do this. 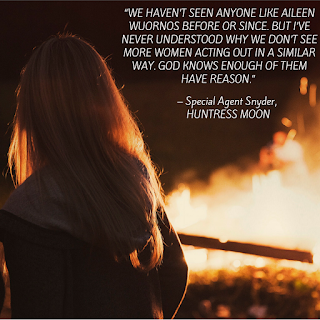 Posted by Alexandra Sokoloff at 7:23 AM