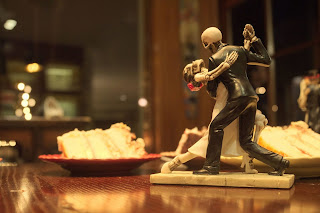 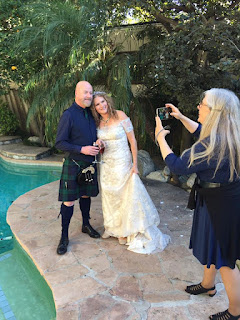 This post about my new release in the Huntress series is just a bit late because, well - I got married this week. To my partner in crime and in life, bestselling Scottish Noir author Craig Robertson.


The ceremony was in Los Angeles, a gorgeous and magical production put together at pretty much the speed of light by my closest actor, writer, director, production designer – and Buddhist scholar/minister! - friends whom I’ve known since we performed together in the theater department at Berkeley. We danced down the aisle to Dean Martin, nearly got a reason that we should not be joined that turned into a fantastic performance of my favorite Shakespeare sonnet, murdered a wedding cake - and promised to love till death us do part.

So there’s the happily ever after I know some of you want! On to more bloody business.

Read more »
Posted by Alexandra Sokoloff at 8:54 AM 9 comments: Links to this post

#MeToo - and the Huntress Moon series