What does your protagonist WANT? (Dear Evan Hansen)

Congratulations to Dear Evan Hansen - winner of the Tony Award for Best Musical!!!

And our Junowrimo lesson for the day on a crucial story element.

If you're new to this blog, start here:   Get free Story Structure extras and movie breakdowns 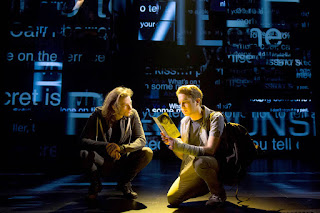 I am always saying that looking at musical theater is an excellent way to learn how to present Key Story Elements like Inner and Outer Desire, Into the Special World, the Hero/ine’s Plan, the Antagonist’s Plan, Character Arc, Gathering the Team – virtually any important story element you can name. Musical theater knows to give those key elements the attention and import they deserve. What musicals do to achieve that is put those story elements into song and production numbers. They become setpiece scenes to music. And you know how I’m always encouraging you all to SPELL THINGS OUT? Well, there no better way to spell things out than in song. The audience is so entertained they don’t know you’re spoon-feeding them the plot.
Yes, I know, you can’t put songs on the page. But - you can most certainly learn from the energy and exuberance of songs and production numbers, and find your own ways of getting that same energy and exuberance onto the page in a narrative version of production design, theme, emotion and chemistry between characters, tone, mood, revelation – everything that good songs do.

And one thing Broadway does very, very, VERY well is the DESIRE song.

Let me just say part of that again. The reader/audience must know what the main character wants so that we can want it for them. This emotion is the basis of our engagement in the story.

And no art form is better than musical theater about spelling out what the protagonist wants in a way that doesn't just engage, but electrifies our emotions. Take a look at a few DESIRE SONGS in a row (that's what YouTube is for, people).

Or just take a look at this one, "Waving Through a Window", from Dear Evan Hansen.


I don't think I have to say anything else - that amazing explosion of DESIRE speaks for itself. But don't you want that kid to get what he wants? Don't you even long for it?

That's emotional engagement. Do you have it your story?

My producers on the Huntress Moon TV series and I are looking for feedback on the books and characters to help us with casting and other decisions. If you're interested in participating,   The questionnaire is here.


You can also sign up to get free movie breakdowns here:

Posted by Alexandra Sokoloff at 6:41 AM