The Silence of the Lambs: why no one has done it better 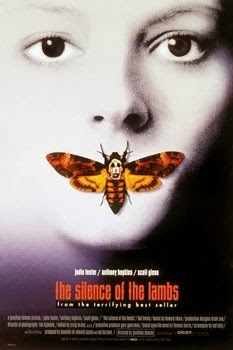 I’ve decided that for our next full movie breakdown I’m going to do The Silence of the Lambs.

Because oddly, I’ve never actually done it, here or in one of the workbooks. I reference it so often you would think I had, and I’ve actually taught the movie in my film classes - but that’s not the same as powering down and doing a full on-paper story breakdown.

So over the next month or so (we’ll see how long it actually takes!) I’m going to explore what makes this particular story so great. And I’ll start today with some background.

It was Thomas Harris who mythologized the serial killer to classic monster status, although Stevenson’s Jekyll/Hyde, Stoker’s Dracula (supposedly based on the real-life Vlad the Impaler), and various depictions of Jack the Ripper were strong precursors. We are fascinated by the idea of pure evil in a human being. And because of Harris, the serial killer has become an iconic modern monster, like a vampire or werewolf or zombie (maybe replacing the pretty much defunct mummy!).

Because with Red Dragon and The Silence of the Lambs, Harris did a completely brilliant thing. In the 1970’s Special Agents Robert Ressler and John Douglas of the FBI’s Behavioral Science Unit (now called the Behavioral Analysis Unit) began a series of interviews with incarcerated serial killers to see what made these men tick and hopefully develop strategies for catching them. The agents, along with Professor Ann W. Burgess, compiled their findings into a textbook and started to train agents as profilers. This new department got a lot of press and media attention and a large number of authors jumped all over that research. But judging by the books that resulted, very, very few of those authors seem to have actually read those interviews.

Thomas Harris, though, took the same research that was available to everyone, and used a combination of absolutely precise fact and police procedure and a haunting mythological symbolism to create those first two books, Red Dragon and The Silence of the Lambs (and then Hannibal sort of went off the rails, if you ask me…). The result was two of the best horror/police procedural blend novels ever written. The killers Jame Gumb (Buffalo Bill) and Francis Dolarhyde were both more and less than human. And Lecter, of course, is a mythic archetype of the evil genius.

And then everyone jumped on the bandwagon and there are now hundreds of Lecters-lite, if you will.

I love Harris’s first two books for their mythic resonance. But I have a real problem with the way most authors portray serial killers because it’s so incredibly dishonest. They romanticize and poeticize serial killers – portraying them as evil geniuses that play elaborate cat and mouse games with detectives and law enforcement agencies. Yeah, right. These men are not geniuses. They don’t leave poems at crime scenes or arrange their victim’s bodies in tableaux corresponding to scenes of great art or literature. They are vicious rapists who brutalize their victims because the agony of those victims gets the killer off, and a large number of them continue to have sex with the corpses of their victims because they are that addicted to absolute control and possession.

That’s evil. But the serial killer subgenre as a whole has perpetrated a very unrealistic view of what these monsters really are. Most authors who write about serial killers don’t show the sexual correlation. They skirt around the issue of rape.

I’m sure some authors (not the last group) have an honest desire to create an exploration of mythic evil to rival Harris’s books. I get that. But the fact is, most authors (and screenwriters and filmmakers) who write about serial killers are dishonestly romanticizing them and leaving out the unmitigated, repellent malevolence of these men.

Thomas Harris managed to do everything those other authors/books do not: he portrayed mythic evil without sexualizing violence, and mythologized his killers without leaving out their malevolence. Let’s dig in to how he managed it.

As I talked about here, I will not be posting full story breakdowns on the blog anymore – I’m asking that you join my free Story Structure Extras list to get the story breakdowns.

If you haven’t joined the list, you can do it here, and get a full breakdown of The Wizard of Oz.  Then I'll mail the Silence breakdown in segments as I work through it.

Posted by Alexandra Sokoloff at 6:25 AM

If you haven't read it, you really should check out Black Sunday too. Although the crimes are motivated by external forces, there is clearly an evil lunacy to the antagonists that is really deftly handled by Harris. The movie, with Bruce Dern, is also excellent, and a fairly faithful adaptation.

Although Manhunter strays the farthest from the novels, it's my favorite movie based on the works of Harris. The Miami Vice colors and soundtrack work extremely well, and still manage not to feel dated, even today.

As much as I love Ed Norton, I don't think he succeeded in portraying the tortured brilliance of Will Graham nearly as well as William Peterson did. I also think that Ralph Fiennes over-humanized the Tooth Fairy. Tom Noonan, before him, nailed it. I know they made buckets of money off the Red Dragon remake Technically, it's far closer to the novel. But, I just watched Manhunter and Red Dragon in rapid succession over the holidays, and I have to say that even if you don't take into account the obvious differences in budgets, the older movie is far more interesting artistically. The pacing of the end sequence is much better too, due at least partially to the trimming of the book's end twists.

Am I a bit Thomas Harris obsessed? Oh yeah. Since he pretty much defined the serial killer genre that has dominated fiction and film for the better part of my life, I think it's an understandable fascination.

I anxiously await your Silence of the Lambs breakdown!

Maxwell, I totally agree with your comparisons of Manhunter and Red Dragon, the movies. Manhunter was so superior it isn't even funny. (I am surprised you didn't mention In A Gadda Da Vida, though.)

I am ashamed to say I haven't read Black Sunday. even though I cite it all the time as a brilliant use of an inherent ticking clock. Thanks for reminding me. I'll download it now. More chance of reading it that way!

I haven't read Silence of the Lambs or Red Dragon but it sounds like I should. Looking forward to the breakdown. Alex, when film students are in classes are book breakdowns part of the curriculum? Just curious.

Winona, do you mean in my classes, or in general? With film students as with authors, I use movies to teach story structure because it's a faster way to teach structure. But I always reference books as well, and musical theater, too.