So, it’s that time again, when we’re compelled to do wrap ups of the old year and project into the new one. Never a bad thing, and especially helpful in sorting out the brain-draining whirlwind that the holidays can be, and setting priorities for the year to come.

2014 was a good year. I settled into a new life in Scotland and acquired a great new family. The year was full of celebrations: my brother’s wedding, my nephew’s naming day, my niece’s engagement, the one-two-three holiday punch that we get in the UK: Christmas, Boxing Day and Hogmanay (Scottish for New Year’s Eve).

There was a lot of fantastic travel: Prague in February; Yorkshire in March; New Orleans in May; San Francisco and then Harrogate in July; Ireland in August; the Highlands in October. In November, we visited San Diego, Long Beach, and Joshua Tree, and then went straight on to Iceland. (Yes, I’m still having haunting wilderness dreams…). I love having a whole new continent at my doorstep and a fellow traveler to explore it with!


This has also been a year of waiting, which I’m not very good at.

There were some frustrating delays in the re-release of the Huntress series. The delays put me off my own schedule and I’ve had to hold off on releasing the other book I finished this year: Story Structure: a revised and expanded textbook version of Screenwriting Tricks for Authors, in print! - with double the content and new story breakdowns. It’s been really hard to sit on it, but it makes no business sense to publish that book before the Huntress series comes out, with all the attendant marketing that Thomas & Mercer has planned for it.

The constant flips in the schedule also slowed down my writing on the first book of the new series I’ve started, a crime series set half in Scotland and half in LA (well, isn’t everyone always saying “Write what you know”?)

Delays aren’t fun. We want what we want as soon as we want it. But sometimes the Universe has other plans. Maybe I was being given time to adjust to my Scottish life. Maybe this revised schedule is the best possible timing for the series. Whatever the reason, the wait that seemed interminable is almost over, the launch is just around the corner, and it’s time to get excited about the series reaching so many new readers.

So this month Huntress Moon and Blood Moon will be re-released wide on January 27 (ebook, print and audio). Story Structure will be available in print in February, Cold Moon shortly after that, and then the German translation of Huntress Moon, from Amazon Crossing. And a paranormal I wrote three years ago is finally scheduled for the fall. A veritable flood of books!

And I’ll be able to get back to the new book, with Book 4 in the Huntress series waiting really noisily in the wings for its turn.

But the fact is I could have finished one of those other books this year. It’s not only the external chaos that prevented that, although it definitely didn’t help. I’ve also been deeply torn about which book I should be writing next. Which book would be better to release next is a real issue. Which of the TWO books I’ve outlined for the Huntress series I should actually put out first (a chronological Book 4 or a prequel focusing on Cara) is another compounding factor.

So my first priority in the new year is re-launching the Huntress series, but the second is
connecting with both my subconscious and the Universe (well, maybe there's no difference…) and getting clear about which book I should be finishing next.

As clear as writing ever is, anyway!

Full list of my 2015 intentions to come next, but for now, it’s back to work.

Wishing everyone the most magical year ever! 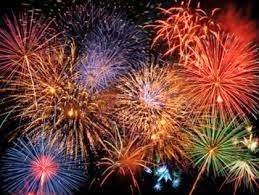 Posted by Alexandra Sokoloff at 8:19 AM

Great update, Alex… "and thanks for all the fish!" I love that line.

Happy New Year, Reine! I'm misquoting, but somehow the line summed it up.

It works for a lot of misquotes! Happy New Year, Alex!

My wife's Christmas present to me this year was the purchase of a square foot of land in Glencoe, Scotland, which apparently makes me a Scottish Lord. Woohoo! Or at least that's what the accompanying documentation says.