The Harrowing and Kindle Fire giveaway

I'm teaming up with some thriller writer friends: Zoe Sharp, Brett Battles, Mel Comley, and Scott Nicholson in a huge Kindle giveaway this week: free e books for everyone and the chance to win one of three Kindle Fires and five gift certificates!

Monday, Tuesday and Wednesday you can download The Harrowing for free here.

Go to E Book Swag to browse other free books and enter to win a Kindle Fire or a gift certificate! 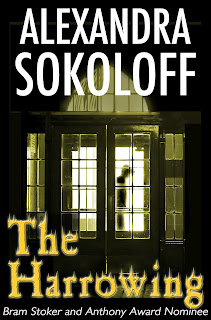 Five troubled students left alone on their isolated college campus over the long Thanksgiving break confront their own demons and a malevolent presence – that may or may not be real.


Mendenhall echoes with the footsteps of the last home-bound students heading off for Thanksgiving break, and Robin Stone swears she can feel the creepy, hundred-year old residence hall breathe a sigh of relief for its long-awaited solitude. Or perhaps it's only gathering itself for the coming weekend.

As a massive storm dumps rain on the isolated campus, four other lonely students reveal themselves: Patrick, a handsome jock; Lisa, a manipulative tease; Cain, a brooding musician; and finally Martin, a scholarly eccentric. Each has forsaken a long weekend at home for their own secret reasons.

The five unlikely companions establish a tentative rapport, but they soon become aware of a sixth presence disturbing the ominous silence that pervades the building. Are they victims of a simple college prank taken way too far, or is the unusual energy evidence of something genuine - and intent on using the five students for its own terrifying ends? It's only Thursday afternoon, and they have three long days and dark nights before the rest of the world returns to find out what's become of them. But for now it's just the darkness keeping company with five students nobody wants -- and no one will miss.


“Absolutely gripping...It is easy to imagine this as a film. Once started, you won’t want to stop reading.”
--London Times

“The Harrowing is a real page-turner, a first novel of unusual promise.”
-- Ira Levin, author of Rosemary's Baby

Posted by Alexandra Sokoloff at 6:32 PM

I loved THE HARROWING; looking forward to reading it again...