The Space Between: free on Amazon today! 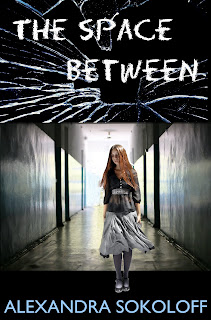 For Mardi Gras, I've made my YA thriller The Space Between FREE on Amazon today, so download at will, and then save it - and go party till you drop!

Sixteen-year old Anna Sullivan is having terrible dreams of a massacre at her school. Anna’s father is a mentally unstable veteran, her mother vanished when Anna was five, and Anna might just chalk the dreams up to a reflection of her crazy waking life — except that Tyler Marsh, the most popular guy at the school and Anna’s secret crush, is having the exact same dream.

Despite the gulf between them in social status, Anna and Tyler connect, first in the dream and then in reality. As the dreams reveal more, with clues from the school social structure, quantum physics, probability, and Anna's own past, Anna becomes convinced that they are being shown the future so they can prevent the shooting…

If they can survive the shooter — and the dream.

I am definitely portraying the darker side of high school here - the book is for older teens (and younger ones whose reading tends toward Stephen King and Shirley Jackson!) and adults.

The Space Between is based on my short story “The Edge of Seventeen”, which won the Thriller award for Best Short Fiction.

Thanks, Alex!
I'll check it out.
Paula

Me too. I'll see if the school filter will let me through.

Just downloaded it! And looking forward to seeing you towards the end of March at the Left Coast Crime workshop in Sacramento.

Thanks Alex! Great opportunity to read another one of your stories.

Thanks so much! Genuinely appreciate the goodwill (and the marketing prowess).

Thanks you for your generosity Alex. I enjoy your books!