I'm excited to announce that THE PRICE has just been released in the UK from Little, Brown, with this great cover... 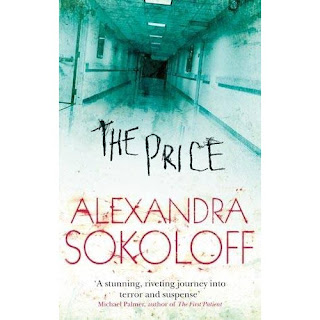 ... an edgy variation on the U.S. cover, designed by St. Martin's Adam Auerbach: 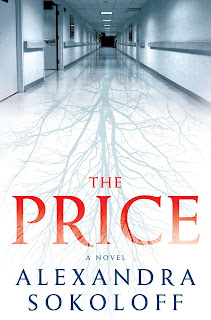 All right, this post isn’t all BSP – I have some relevant things to say.

The Price is a variation on one of my favorite personal themes – the deal with the devil. This would be one of the recurring themes I recognized early on in my own half-baked ideas and in the films and books on my master lists, when I started doing these brainstorming lists we've been talking about.

I believe that as authors we only have a few themes that we’re working on, or working out, over and over again, and the deal with the devil is probably on the top of my list. Part of that obviously comes from working in Hollywood for so long!

But Satanic characters just do me: Al Swearingen in DEADWOOD, Stringer Bell in THE WIRE, Hannibal Lecter, Al Pacino in DEVIL’S ADVOCATE… who could resist these guys? And that’s the point of the devil, isn’t it? Someone who makes you an offer you can’t refuse, usually in a package you can’t refuse?

And I particularly like to put a man, a woman, and a Satanic character into a triangle situation. Oldest story in the book – well, in the Bible, anyway. Because… I can kind of see Eve’s point of view. The devil’s promising her the wisdom of the ages… Adam is as happily oblivious as the rest of his sex… you’ve got to admit, that’s some powerful temptation, there.

But the core concept that so compels me is the idea of what you’re willing to do for what you want, the choices you make, good or bad. We give up one thing to get another – all the time. And who here hasn’t whispered a little prayer that possibly is not meant for God to hear… about what we would really do for what we want?

So obviously this was a story concept that I could sink my teeth into.

But here’s an interesting thing about this story, since there was a question about money, on the last post. It’s made me more money, a lot more money, so far than any of the rest of my books, and I think that’s because of the premise. The Price is an example of high concept.

Here's my premise sentence for The Price:

In the eerie twilight world of Briarwood Hospital, an idealistic Boston District Attorney begins to suspect that his wife has made a terrible bargain with a mysterious counselor to save the life of their dying child.

But you could also pitch it with this key concept:


The devil is walking around the halls of a Boston hospital, making deals with desperate patients and their families.

What has grabbed editors, producers, and executives about this concept is that it contains a strong “What would YOU do?” question. What would YOU give to save the life of a loved one? Or your own life?

Because we all say, of course, that we’d give anything. But what does anything mean? Specifically? What is the exact price of your soul?

That’s the kind of question that gets readers and audiences thinking – and talking.

We’ll discuss other high concept hooks tomorrow – (or the next day, if I don’t get enough writing done today…)

In the meantime, keep making your own premise lists!


Here's the trailer, from Shelia English and Mark Miller at Circle of Seven Productions, which does a really cool thing by three-dimensionalizing the book cover. (The trailer won a Black Quill award for Best Dark Genre Trailer.)

"Some of the most original and freshly unnerving work in the genre."
- The New York Times Book Review

Or order the U.S. edition online if you prefer...

You can read the first three chapters on my website, too.
Posted by Alexandra Sokoloff at 6:05 AM

The book sounds VERY exciting. The premise sentence has me completely intrigued.

I like both book covers too, by the way. The U.S. cover is more beautiful, but the UK cover is scarier, I think. And the trailer gave me chills.

Anonymous said...
This comment has been removed by a blog administrator.
7:48 AM

On the topic of recurring themes, I've found the same patten in my own work, and the films and books I enjoy (my obsessive theme is redemption) and after much struggle have learned to embrace and explore it in my writing rather than try to force myself to break away from it.

Excellent. That's going on my shopping list for this month.

Yeah, I love the elegance of the U.S. cover. But all my U.K. covers are scarier, as Greg noticed about The Harrowing. And the one for The Unseen is TOTALLY creepy, I just love it.

Greg, I think it's because when The Harrowing and The Price came out here in the U.S., no one wanted to call the books "horror" because horror had fallen so far out of favor.

Now there's been an upsurge in the genre, publishers are buying it, and it's okay to be more balls-out.

Or the Brits are just edgier, maybe. You tell me!

Now that's interesting, Laura. Redemption is a hugely powerful theme for a lot of authors AND readers.

I love a well-told redemption story, but I don't think I've ever written one. It's just not one of my personal themes.

Anonymous said...
This comment has been removed by a blog administrator.
2:37 PM

Anonymous said...
This comment has been removed by a blog administrator.
11:30 PM

Anonymous said...
This comment has been removed by a blog administrator.
5:07 AM

"Adam is as happily oblivious as the rest of his sex..."

Okay Alex - I know a few males that aren't so oblivious, and oddly enough, many can be seen browsing the fiction section at the bookstore -