What is high concept? 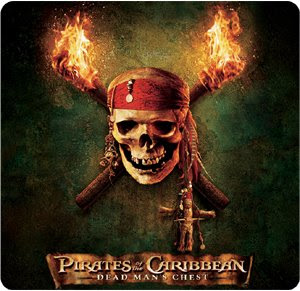 I'm still on the road for the next few days and not able to check in very often, but I want you guys to keep going this week, so I'll go back over comments on Monday and Tuesday and I'm leaving you two more posts for the weekend.

We talked about premise below, but while you're working on your premise, there's something else you want to be considering:

WHAT IS “HIGH CONCEPT”?

There seems to be eternal confusion on this subject. It’s sort of an “I know it when I see it” kind of thing. But today I will do what I can to define it.

If you can tell your story in one line and everyone who hears it can see exactly what the movie or book is - AND a majority of people who hear it will want to see it or read it - that’s high concept.

Here’s another way of looking at it: the potential of the setup is obvious. A movie like MEET THE PARENTS instantly conjures all kinds of disaster scenarios, right? Because we’ve all (mostly) been in the situation before, and we know the extreme perils.

I would also add, not as an afterthought – with a high-concept premise, the moneymaking potential is obvious.

Here’s another indicator. When you get the reaction: “Wow, I wish I’d thought of that!” or even better, “I’m going to have to kill you” - you’ve got a high-concept premise.

Screenwriter/producer Terry Rossio calls it “Mental Real Estate” – a topic or subject that is in a majority of people’s heads already, and his essay "Mental Real Estate" on Wordplayer.com is a must-read on the subject. (Then take some time - got a few years? - and explore the rest of the site. It’s a free mini-film school by two of the best in the business – Terry Rossio and Ted Elliott).

Think about one of their movies – PIRATES OF THE CARIBBEAN. Who hasn’t been on that Disney ride? All the studio had to do to advertise it was slap that skull and crossbones on a one-sheet, and people were sold.

But okay, let’s break it down, specifically. What makes stories high concept? One or more of these things:

- They’re topical – they hit a nerve in society at the right time: FATAL ATTRACTION for AIDS, JURASSIC PARK for cloning, DISCLOSURE for sexual harassment (only reversing the sexes was utter bullshit.)

- They are about a subject that we all have in our heads already (THE PASSION, THE DA VINCI CODE, FOUR CHRISTMASES, JURASSIC PARK, PIRATES OF THE CARIBBEAN)

- They are about a situation that we all (or almost all) have experienced (MEET THE PARENTS, BLIND DATE. That movie out recently – FOUR CHRISTMASES – is about a young couple who have to spend a Christmas with each set of their divorced parents. Very universal!)

- They have a big twist (THE USUAL SUSPECTS, THE SIXTH SENSE, RUTHLESS PEOPLE). And not necessarily a twist at the end - the twist can be in the set up. SLEEPLESS IN SEATTLE is about two people falling in love - when they've never met. RUTHLESS PEOPLE is about a group of kidnappers who kidnap a wealthy woman and threaten to kill her if her husband doesn't pay - which turns out to be her heinous husband's dream scenario. He WANTS her dead, and now the kidnappers are stuck with a bitch on wheels.

- They are about a famous person or event - or possible event: TITANIC, GALLIPOLI, APOLLO 13, ARMAGEDDON, ROSWELL.

- There's also just the "Cool!!!" factor. RAIDERS OF THE LOST ARK revolves around an artifact that supposedly has the supernatural power to will any army undefeatable. Well, what if Hitler got hold of it?


Let’s take a closer look at a few high-concept ideas:

JURASSIC PARK - A group of scientists and the children of an inventor tour a remote island where the inventor has cloned dinosaurs to create a Jurassic amusement park – then have to fight for their lives when the dinosaur containment system breaks down.

What kid has not had that obsession with dinosaurs? And who of us has not had the thought of how terrifying it would be to be face to face with one of those things – live? Throw in the very topical subject of cloning (they get dinosaur DNA from a prehistoric fly trapped in amber) and the promise of amusement-park thrills, and who ISN’T going to read that book and/or see that movie?

FATAL ATTRACTION – A happily married man has a one-night stand and then his family is stalked by the woman he hooked up with.

This film hit a huge number of people in the – uh, gut – because even people who have never had an affair have almost certainly thought about it. Also the film came out when AIDS was rampant, with no effective treatment in sight, and suddenly a one-night stand could literally be fatal. It’s easy to see the potential for some really frightening situations there, as the innocent family is terrorized, and of course we all like to see a good moral comeuppance.

INDECENT PROPOSAL - A young, broke couple on vacation in Vegas are offered a million dollars by a wealthy man for one night with the wife.

This is a great example of the “What would YOU do?” premise. It’s a question that generated all kinds of what the media calls “water cooler discussion”, and made it a must-see movie at the time. Would you have sex with a stranger for a million dollars? Would you let someone you love do it? Oh, boy, did people talk about it!

Are you starting to get the hang of it?

One of the best classes I ever took on screenwriting was SOLELY on premise. Every week we had to come up with three loglines for movie ideas and stand up and read them aloud to the class. We each put a dollar into a pot and the class voted on the best premise of the night, and the winner got the pot. It was highly motivating - I made my first "screenwriting" money that way and I learned worlds about what a premise should be.

Whether you’re a screenwriter or novelist I highly recommend you try the same exercise - make yourself come up with three story ideas a week, and try to make some of them high concept. You'll be training yourself to think in terms of big story ideas. You don’t have to sell out. I’m always telling exactly the stories I want to tell, about the people I want to write about. But there’s no reason not to think in more universal terms and be open to subject matter, locations, themes, topics, that might strike a chord in a bigger audience.

When THE PRICE was optioned by Sony the executives pitched it as “The devil is walking around the halls of a Boston hospital making deals with the patients and their families.” And there’s a “What would YOU do?” built in: “What would you give to save the life of a loved one?”

The reality is, these days agents and editors and publishers are looking for books that have those unique, universal, high-concept premises, and the attendant potential for a TV or movie sale.

Open your mind to the possibility of high concept, and see what happens. You may surprise yourself.

So, any favorite examples of high concept for me, today?

Posted by Alexandra Sokoloff at 7:39 AM

Hi Alex. Ace here. I love your post on high-concept and have found it valuable in my process. Thank you. However, David Morrell seems to be the king of antithesis on this subject. He makes some good points regarding subtantive themes versus fast money but of course I feel like a good idea is a good idea especially if you spin it in a way that every one can conceptualize it from its title.

A thinker, Alex. If I had a high concept in mind, I'd be writing it right now, but unfortunately I'm coming up dry.

Alex, these posts have been so useful. I will get to my "homework" this weekend.

Thanks for the great classes.

Liz, that's okay - lots of great books and movies AREN'T high concept. But it doesn't hurt at all to open your mind to the possibility of a high-concept premise, and I find the easiest way to do that is to spend a little time regularly thinking about what high concept and noting examples.

David Morrell is a great example of a writer who combines theme with very commercial storytelling.

That's great, Fiona! I know I'm posting a lot, but I want everyone to have SOMETHING that they can be working on, and people are at different stages of their processes.

Hope the tour is going well.

Oh, this is fun. Now I'm tweaking my premise from the last lesson to see if I can make it high concept.

Bookish historian Victoria falls into a time warp and ends up on an adventure with the infamous (and surprisingly non-fiction) gentleman scientist from H.G. Wells' THE TIME MACHINE, to keep his invention out of the hands of an evil government official bent on world domination.

Wow, Sonja, you already did it, only WAY better. Now THAT'S how to pitch a premise! Much more clear and also much more exciting AND high concept!

Thanks, Lee - the tour is being great. We're having a blast.

When you get the reaction: “Wow, I wish I’d thought of that!” or even better, “I’m going to have to kill you” - you’ve got a high-concept premise.

THat's a great way to put it! Great post, Alexandra.