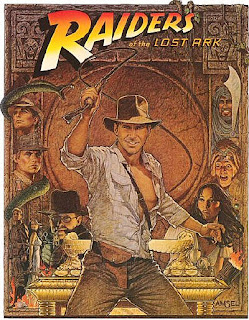 Okay,for all of you hundreds of lurkers out there (and you know who you are) here's another Act Climaxes breakdown.

Again: a quick review of what each Act Climax does:

Remember, in general, the climax of an act is very, very, very often a SETPIECE SCENE – there’s a dazzling, thematic location, an action or suspense sequence, an intricate set, a crowd scene, even a musical number (as in The Wizard of Oz and, more surprisingly, Jaws.).

Also an act climax is often more a climactic sequence than a single scene, which is why it sometimes feels hard to pinpoint the exact climax. And sometimes it’s just subjective! These are guidelines, not laws. When you do these analyses, the important thing for your own writing is to identify what you feel the climaxes are and why you think those are pivotal scenes.

- We have all the information we need to get and have met all the characters we need to know to understand what the story is going to be about.

- The Central Question is set up – and often is set up by the action of the act climax itself.

- Often propels the hero/ine Across the Threshold and Into The Special World. (Look for a location change, a journey begun).

- May start a TICKING CLOCK (this is early, but it can happen here)

- Is a major shift in the dynamics of the story. Something huge will be revealed; something goes disastrously wrong; someone close to the hero/ine dies, intensifying her or his commitment.

- Can also be a huge defeat, which requires a recalculation and a new plan of attack.

- Locks the hero/ine into a situation or action

- Can be sex at 60 – the lovers finally get together, only to open up a whole new world of problems

- May start a TICKING CLOCK.

- Often can be a final revelation before the end game: the knowledge of who the opponent really is.

- Often comes immediately after the “All is Lost” or “Long Dark Night of the Soul” scene - or may itself BE the "All is Lost" scene.

- Propels us into the final battle.

- May start a TICKING CLOCK

- Hero/ine is forced to confront his or her greatest nightmare.

RAIDERS OF THE LOST ARK

And note all times are APPROXIMATE - I'm a Pisces.

Act One Climax here is easy: the great Nepalese bar scene. Total setpiece scene – the visuals of that snowy mountain and the tiny bar, the drinking contest that Marion wins, the fight between Indy and Marion with its emotional backstory and sexual chemistry, the entrance of Toht and his heavies, who are ready to torture Marion for the medallion, the re-entrance of Indy and the huge, fiery fight, which ends in the escape of Indy and Marion with the medallion and Marion’s capper line: “I’m your goddamn partner!” (30 minutes in).

Everything you could ever want in a setpiece sequence, visuals, action, sex, emotion: and all we need to know to understand what the story is going to be has been laid out. 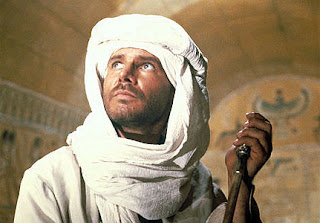 An interesting and tonally very unique Midpoint happens in RAIDERS OF THE LOST ARK. I’m sure some people would dispute me on this one (and people argue about the exact Midpoint of movies all the time), but I would say the midpoint is the scene that occurs exactly 60 minutes into the film, in which, having determined that the Nazis are digging in the wrong place in the archeological site, Indy goes down into the Well of Souls with the medallion and a staff of the proper height, and uses the crystal in the pendant to pinpoint the exact location of the Ark.

This scene is quiet, and involves only one person, but it’s mystically powerful – note the use of light and the religious quality of the music… and Indy is decked out in robes almost like, well, Moses - staff and all. Indy stands like God over the miniature of the temple city, and the beam of light comes through the crystal like light from heaven. It’s all a foreshadowing of the final climax, in which God intervenes much in the same way. Very effective, with lots of subliminal manipulation going on. And of course, at the end of the scene, Indy has the information he needs to retrieve the Ark. I would also point out that the midpoint is often some kind of mirror image of the final climax – it’s an interesting device to use, and you may find yourself using it without even being aware of it.

I will concede that this is a two-part climax, though – the twist that comes just after it that Marion is still alive is a big emotional beat, and the subsequent twist that Indy doesn’t release her because leaving her captive will buy him time to get down into the Well of Souls, is a great relationship beat (great maybe isn’t the word I’m looking for; maybe the word is more like “male”.)

(About 1 hr. 15 min. in) After the big setpiece/action scene of crashing through the wall in the Well of Souls to escape the snakes, Indy and Marion run for a plane on the airfield to escape, and Indy has to fight that gigantic mechanic. Indy has to simultaneously race to stop the plane, with Marion on it, from blowing up from the spilled gas (reliving his nightmare – losing her again). He saves Marion just before the plane blows up. And the capper- Indy learns the Nazis have put the Ark on a truck to take to Cairo – cut to Indy on a horse, charging after them. 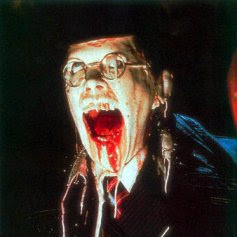 Of course, the opening of the Ark and the brutal deaths of all the Nazis who look at it. This is a unique climax in that the protagonist does virtually nothing but save his own and Marion’s lives; there’s no battle involved; they’re tied up all the way through the action. It’s a classic deus ex machina as God steps in (metaphorically) to take the Ark back.

But there are such pyrotechnics going on, and such emotional satisfaction in seeing the Nazis dispatched, that I never hear anyone complaining that Indy doesn’t participate.

Is this helping anyone out there figure out their own act climaxes? Do you see why this is the bedrock of story structure? Do you have any examples of your own that you want to try out on me today? Or any stories you're having trouble identifying the climaxes of that we can help with? Or problems with your love life? I'm here to help.

I'm also off to Bouchercon, the World Mystery Convention (at FOUR in the MORNING). I know I'll be seeing some of you there!

The Screenwriting Tricks workbook is now up in all e formats, including on Smashwords, where yes, you can finally download it as a pdf file or whatever format you want. Any version - $2.99!

Previous articles on story structure: (all also linked at right hand side of blog under WRITING ARTICLES).

What is High Concept?

Why the Three Act Structure?

Elements of Act One

What Makes a Great Climax?

What Makes a Great Villain?

Villains: The Forces of Antagonism
Posted by Alexandra Sokoloff at 6:15 AM

My analysis that I did a few months ago is pretty similar to yours, except I put the Act II climax in the pit with the asps: "The Act II climax finds Indiana and Marion both foiled in their plans. Belloq has taken the Ark back, Marion has failed to escape, and they’ve been thrown into the Well of Souls together, and it happens to be crawling with asps (very dangerous, you go first). All is lost, it's a big dark moment, the torches are going out." Maybe it's just because I like this scene better than the following action sequence. I think the action sequence is a little sloppy and long. Here's the whole post on my blog about Raiders: http://sonjafoust.com/2009/07/14/act-climaxes-breakdown-raiders-of-the-lost-ark/