Okay, I admit to some holiday blues here.

- Probably all the staggering amounts of food, for one thing – always makes me nervous and irritable.

- All the Christmas cards arriving in the mail and e mail, makiing me feel guilty and inadequate.

- The endless Christmas music. We went out to a dinner with the in-laws the other night -very nice, but a Christmas tape was blasting (who decreed that EVERY SINGLE SONG you hear during the month of December has to be a Christmas song?). I went in to the bathroom and a waitress came in without realizing that there was anyone else in the restroom, and "Winter Wonderland" started blasting over the speakers, even louder in the confines of the bathroom, and I heard her mutter, "Just shoot me now."

The fact is that I am JUST NOT a homebody, so any holiday that revolves around decorating, baking, shopping, and obligatory writing of greeting cards is bound to give me the hives. My friends know I love them. I hope. They know I love them enough not to cook for them, anyway.

I also got a really unpleasant surprise in the mail this week - my editor sent me the galleys of THE UNSEEN so that uninterrupted time I thought I was going to have at the end of the year to finish my current book is gone. More anxiety for the holidays. Thanks a lot, St; Martin's. Clearing your desk to dump it on mine is not my idea of holiday spirit.

I also hate the feeling of HAVING to participate in all this commercialism. It's become so forced and desperate. I heard Donovan's "I Don't Like Christmas Anymore (cause they push it on the TV and they push it in the stores...)" on the radio the other day and felt a savage pleasure in it.

Truthfully, I grew up with not much religion. At all. My parents, both of the scientific mind (despite some pretty typical religious training for their generation) are two of the most agnostic people you are ever likely to meet. My siblings and I were not forced to any particular church as children; instead, our parents encouraged religious promiscuity – meaning, whatever friend’s house was the slumber party for the weekend, we’d end up at that friend’s house of worship in the morning, whatever that was. Or - not.

Little did our parents know how broadly we would apply that theory...

I was really a lot better about Christmas when I had singing to do. When I was in middle school, through college and those undefined and fucked up but kinda great years after college, Christmas was all about choir rehearsals and holiday performances, the obligatory but ecstatic gang-bang Messiah, and all that endless caroling, including impromptu a cappella breakouts into song on San Francisco cable cars, magical!!! I didn’t have to THINK about Christmas – I just FELT it, in the music.

Nowadays, I don’t have any formal singing to do, I don’t have any children to create a Christmas myth for, and there’s just too damn much chocolate around, leering and beckoning. (“Everyone’s wearing sweaters this time of year anyway... no one’s going to notice...” Oh yeah, right.)

Luckily, the antidote is clear. The best thing about Christmas, besides champagne, is Christmas movies (and okay, what I really mean is HOLIDAY movies, but when I say Christmas I say it as a total pagan, so just back off). 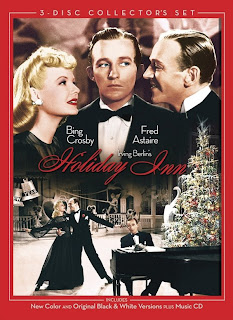 The ultimate escapist fantasy. Yes, let me make a living doing 12 live shows a year, simultaneously keeping two men at my beck and call, one who sings, one who dances. Where do I sign? Best line: “But I do love you, Jim. I love everybody.” Best song: “Be Careful, It’s My Heart”. Best dance - Fred and the firecrackers. Best cat-fight moment: Marjorie Reynolds trying to look contented with Bing Crosby while Fred is dancing up a storm with Virginia Dale. 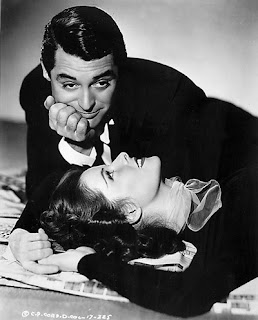 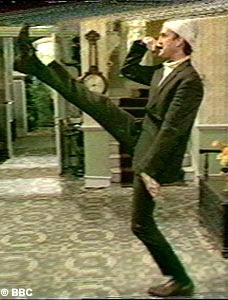 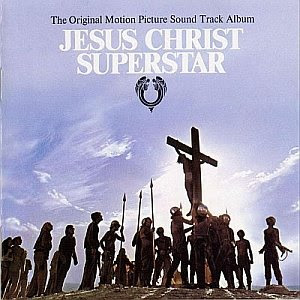 So give. What movies mean Christmas, or the equivalent, to YOU?
Posted by Alexandra Sokoloff at 5:00 AM

The Grinch. Non-religious, so it appeals to everyone, and deep in the spirit if the day. Also some pretty cool animation from a time when animation wasn't about the animation - but the story.

The Grinch. Non-religious, so it appeals to everyone, and deep in the spirit if the day. Also some pretty cool animation from a time when animation wasn't about the animation - but the story.

You're right, Christine! Dr. Seuss should just be on here for complete works.

But The Grinch - a Best Picture in every way.

Alex, regarding the celebration. Our family is trying to start a tradition of staying up during the winter solstice. Then still opening gifts and eating on the 25th. Makes for a long night in which any and all movies are welcome!

My faves: "It's A Wonderful Life" -- the old and the new versions with Marlo Thomas.

Holly, a movie fest on the Solstice is a FABULOUS idea, I love it!!

I prefer Marlo Thomas in THAT GIRL, though. You make me want to hunt down that series - it must be on DVD, right?

Since The Grinch and Rudolph were both mentioned, I'll have to go with A Christmas Carol -- the Mr. Magoo version. Fabulous.

And although they aren't movies, I'll add A Colbert Christmas and Pee Wee's Christmas. Both deliciously bent.

And I watched clips from the old Andy Williams Christmas show a couple of nights ago. The music. The sweaters. The slightly hokey dance numbers. Those old variety show Christmas specials feel like Christmas to me.

Ann, how great to see you! NOW I'm starting to feel some holiday cheer!

And those are some great off-the-beaten-track examples, which is really what I was hoping for. You are so right - the old variety shows had some kind of magic. The producers of those things really knew what they were doing.

Have a great, great holiday!

On Christmas Eve, hubby & I stay up late wrapping gifts - in separate rooms, so we don't see what we've gotten each other. And I fill the stockings, for 3 people and 5 animals (yes, even the gecko). While I wrap, I watch A Christmas Carol with Alastair Sim, who is the Best Scrooge Ever. And I sip a little cream sherry. That's our tradition.

LOL. Gayle. Yes, our reptiles get Christmas presents, too.

Thank God there's a profession tailor-made for us whackos.

I agree about Alastair Sims.

Alex, sweetie! You have Absolutely Fabulous taste. Now, sweetie, darling, it's time to break out the Stoli. And don't forget about Gran and Bubble. (Serg is yet to be found)

Jamie, I LOVE the Muppet Christmas Carol. I remember a reviewer dissing Kermit because he didn't think he "was right for the role". I couldn't stop laughing - it's a puppet, for pete's sake!

For anyone who'd like to see my family, we take a Christmas photo every year. We don't include the gecko, because the cat and dog think he's edible, and, as you can see from the picture, there's enough going on as it is. Just go to http://www.gaylecarline.com/gcxmas08.html

Okay, I'm such a dork. I mean to post this comment under "Best Holiday Movies," but I scrolled down too far and it went under "Jungle Red Interview." Ugh.

I feel the same way about the commercialism and food surrounding this time of year. So much pressure. I like to think small, and everything about this holiday seems to get bigger and bigger every year. What ever happened to celebrating the simple things in life? Hm.

I think a lot of people, myself included, are feeling overwhelmed and tired this year. I'm actually eager for the new year to begin so we can all move on and start over.

As for holiday movies, A CHRISTMAS STORY always put me in a good mood.

Jamie Gower! I speak of Christmas caroling and you appear. What a nice Christmas Eve present.

Hope you and your family are fabulous.

Aww, what a great picture, Gayle! You're right, I can see how the gecko might have caused holy hell in that mix. I'm impressed by the cat and dog snuggling up like that.

Kristine, you said it all a lot better than I did. It is so hard to be centered this time of year - I have to admit I'm more resentful of the forced hoopla than any kiind of joyful, and aside from the global financial collapse, it really has been a great year for me.

It just doesn't make any sense.

I can't wait for the New Year, either. Wishing YOU and everyone the very best New Year ever.

How about Love, Actually?

I play the soundtrack all year, and people sitting on our back porch in the summer say--why are you playing that? It's for Christmas!

Well, in the age of generation X and PS3-Xbox360 babies, I find it hard to sit down with my two boys to watch the movies that warmed my heart through my childhood years and have become such a tradition. A tradition, as much as, hating to put up those darn Xmas lights around my roof top and playing silly games at the in-laws... But here is my list:

The Bells of St. Mary's, A Christmas Story (Seemed to always be on the tube at my mother's house Xmas during my college years), It's A Wonderful Life, Miracle on 34th Street and White Christmas.

I have an affinity with B&W movies, Bing Crosby and movies that tug at my heart and squeeze out a tear...or two. Oh, I rarely catch it these days, but two weeks ago, I did catch Rudolph the Red Nosed Reindeer...ahhh the memories...the times of non-NoDoze pills and non-Hella Bills!