Day Without a Gay 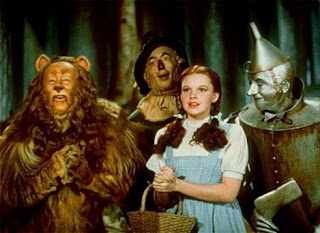 I know, I know, no story structure blogs for a whole week, now – but you don’t get one today or even an explanation, because today I’m calling in gay.

For those who haven’t heard, today is a Day Without A Gay – a nationwide protest over the anti-human rights, anti-civil rights, anti-gay ballot initiatives and movements in California, Arizona, Arkansas, and Florida. Gay and lesbian people and their allies are encouraged to “call in gay”, remove themselves from the workplace, not spend any money today, and rather donate time to human rights issues. The Day Without A Gay website has links to many worthy causes and information on how you can help.

I find it reprehensible and incomprehensible that I could pick up some serial killer off the street and marry him tomorrow because we are “a man and a woman” – while my gay friends who have been in loving, committed relationships for 10, 15, 20 years; who are raising beautiful, beloved children together; are denied that same basic human right. If these people who are trying to restrict marriage want to restrict marriage, why don’t they start by banning it for child molesters and abusers and batterers – people who SHOULDN’T be allowed to marry or get anywhere near children - instead of denying marriage to loving and productive citizens?

For me, marriage is meaningless unless it’s about love, and I won’t enter into that union until this contemptible restriction is lifted. It’s a civil rights issue and it’s a moral issue, but it’s a solvable issue. The legal and social barriers to mixed-race marriage finally fell, and this barrier will, too.

So please, do something for love today. Call in gay.
Posted by Alexandra Sokoloff at 8:38 AM

So... does this mean our wedding is off for next weekend? ;-)

Hmmm. I would have called in gay if I knew about it. I personally could have done without the ridiculousness of the holiday shoppers today.

It's funny that you mentioned this today though. I was actually helping a friend design some flyers today for her Gay/Straght Alliance rally.

"I find it reprehensible and incomprehensible that I could pick up some serial killer off the street and marry him tomorrow because we are “a man and a woman” – while my gay friends who have been in loving, committed relationships for 10, 15, 20 years;"

Good for you Alexandra! I did not know about Gay for a Day and furthermore I am the mother of a lesbian so maybe I wouldn't qualify. But she will be the most incredible, awesome spouse and mother on earth when she graduates from law school next Friday and gets on with her life with her partner.

Next year...maybe Gay and Mothers of Gays for A Day!

Well, then, RJ, you DID call in gay, today. You are impeccably moral and compassionate as always!

Jacqueline, Day Without A Gay was for everyone who supports marriage equality and gay rights. Sexual preference not mandated.

I don't think my two and a half times with women really count. Although I'm sure some people think I'm going to hell for it. ;)

And they'd really think I'm damned if they knew about the...

I would have called in gay, but my primary job right now is Wife and Mom (I'd like to think of it as Queen of the Carlines, but my family thinks we're in a democracy - they're so deluded). But I have many gay friends, and their sexual preference just isn't important to me. It's okay with me if they get married.

I recently came across your blog and have been reading along. I thought I would leave my first comment. I don't know what to say except that I have enjoyed reading. Nice blog. I will keep visiting this blog very often.

Gayle, I'm sure your family is lovely, but yes, completely deluded if they haven't figured out who's Queen. ;)

Sierra, me too! At the very least it's raising awareness. Lots of national news coverage this week. This is an issue whose time has come - I know we'll look back on it in 10 or 20 years and wonder how a civilized society could have allowed this kind of discrimination to go on for so long.

Thank you so much for telling us about this Alex. I had a very dear friend who was killed because he was gay. They never caught the person (or people) who did it, but I truly believe that it will come back around to them.

Funny enough, I've taken on that stance of marriage that you have as well. And you know what, my boyfriend completely supports me on that (bless, him)

Sam, I am SO sorry about your friend. That's despicable.

I think the balance is tipping in this country, though - people realize that this is the civil rights issue of our generation. I suspect we'll start to see more and more people boycott the discriminatory state of marriage until that barrier falls.